The Poor Geek > Projects > Of phones and video conversion.

Of phones and video conversion. 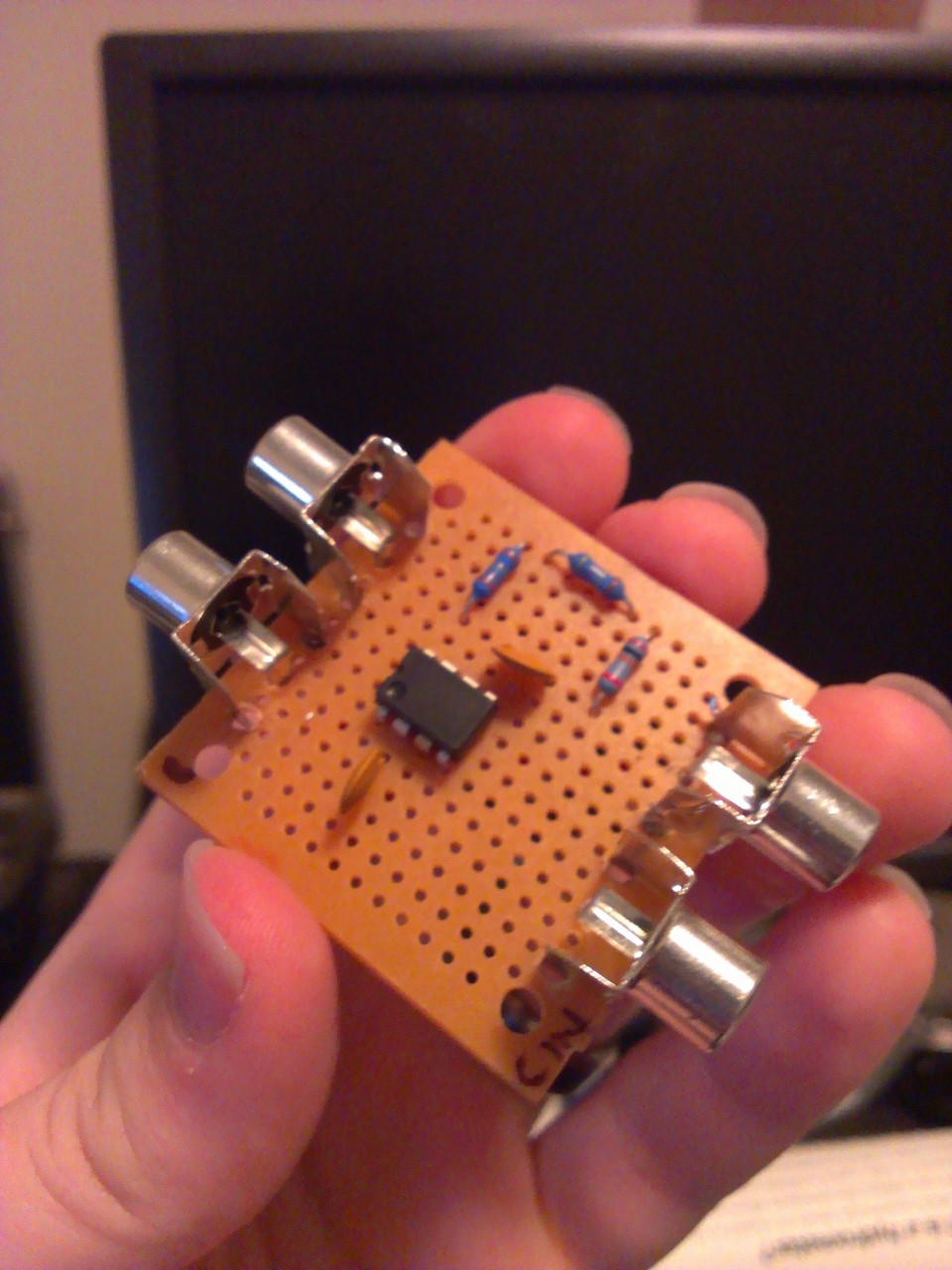 Got the replacement screen in for my phone, swapped it out, looks fantastic. Disassembling an HTC One S is a pain, though. I’ll be snagging a case and screen protector after payday, had enough with the cracked screens.

After that, I broke out the Dremel and various components and put together something I’ve been meaning to build for awhile: an LM1881-based video sync splitter.
It’s nothing fancy, just an implementation of the basic reference circuit found in the datasheet for the LM1881N on a piece of perfboard I had laying around. I didn’t have the 680KOhm resistor (and couldn’t find one at Fry’s) so you’ll see I stacked values in series to make up the proper value.

Anyhoo, as pictures are worth a thousand words, I’ll let the images do most of the talking from here on. 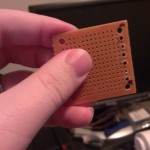 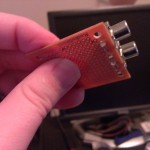 One set of the RCA jacks, they kind of snap into place. Spacing for the holes is perfect. 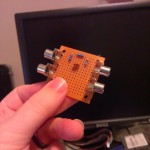 All 4 RCA jacks mounted, and the cap+resistors for Rset ground from the IC. 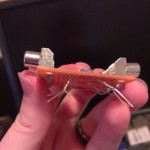 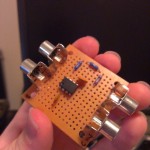 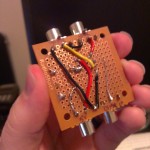 Here’s all the soldering beneath the board. Black is ground, the red coming up from the bottom is +5v, top black is CSYNC, yellow is VSYNC. I was able to connect the composite video input directly to the lead to the cap on the input pin.

And that’s pretty much it! I’ve gotta dig out my old hacked-up SCART cable to test it all with, but that *should* do the trick.
Why someone doesn’t make these commercially, I don’t know. The closest thing is the Sync Strike, but that’s a little fancier than most people need, even if it is the cheapest commercial solution at ~$36 (28EUR, not including shipping). Even then, that takes the whole input and feeds it back out, this just handles sync, and can be put in line with pretty much any video game console you plan to make RGB cables for.
Pretty much every console from the 16-bit era and up has native RGB output, with a few exceptions (N64 is a notable one), although they were pretty much never connected like that in the US. We had S-Video and component, Europe had RGB over SCART.
Easiest thing to do for nearly any console with this output is to find a SCART RGB cable and go from there. Otherwise, hit up gamesx.com, check the AV port pinout section.