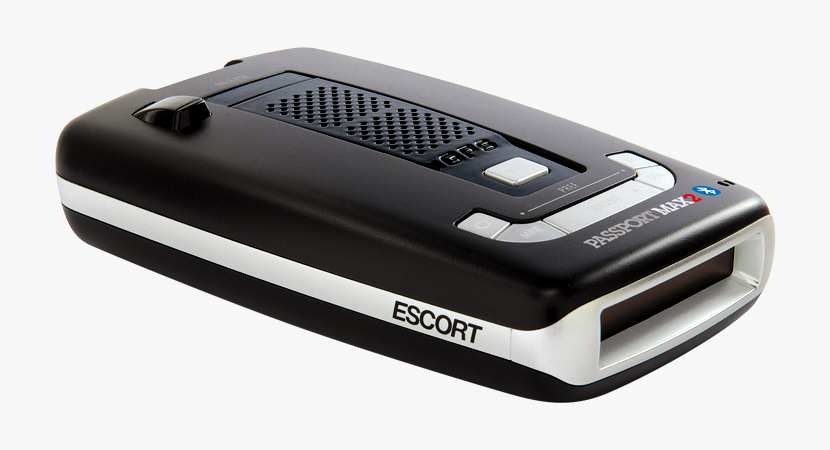 Normally I wouldn’t do a review on something like a car accessory. But it so happens that radar detectors have advanced massively during the last decade and my motivation behind getting one was simple math; is cheaper than the alternative.

I have tried a couple of budget detectors before. Although they had some strengths, none of these strengths were related to the actual process of radar detection in a reliable way. So by word of mouth, I decided to try one of Escort’s best as it was described to me.

The unit is pretty much ready-to-go out of the box, which actually impressed me considering the only thing I wanted to customize was the volume. Every default option was perfect which demonstrates Escort’s uncanny research and decades of experience for what they do best.

The Passport Max 2 features one of the greatest acts in magitech with an ‘intelligent’ system allowing it to discern between false positives and real alerts. Thanks to its GPS and algorithms, it can store non-threatening radars detected on the repeat locations (such as the grocery store door opener you drive by everyday) and flag them as a false alert. You will still be visually notified as an informational warning. Radars from moving cars for collision avoidance is also handled very well, but it could use some more work. Although is still not 100% accurate, is much better than anything I’ve seen and can be further improved with firmware updates.

Now where this device really shines is on what it does best, and that’s detecting speed radars. From my own experience, it has been able to detect quite accurately radars over a mile away from my moving car. Mind you, this is NOT with a clear line of sight! With this type of distance, I have been able to reduce my speed at a safe rate without worrying about being within range of the police radar. Its sensitivity and small amount of false-positive alerts has also taught me to really trust it when it shouts ‘KA RADAR ALERT’ in any place. Although I’ve seen it detecting lidar as well, is difficult to rate it since this type of technology is very narrow-focused and is very difficult to detect with accuracy. Nonetheless, it still does a great job at it.

Another feature (and one of the most important ones) is the ability of been able to connect to the internet through your smartphone and alert you of possible speed traps and locations where the police has been spotted with the use of Escort’s own app. In the event your detector spots a KA radar from the police, it will upload the event automatically to alert other Escort users. It can also give you information such as speed limits on the current road and alert you if you are going over it. Unfortunately, this one feature is subscription based.

It also has auto-sensitivity profiles for HWY and City modes depending on the current driving speed, again thanks to the built-in GPS. Another nice feature is the red light camera location alerts built in its database.

There are some downsides, however. The color OLED display as handy as it may be, is not as bright as the monochrome counterparts on direct sunlight. However, its loud volume will make up for it so personally this is just a minor annoyance. The dash/windshield mount is the biggest downfall on this expensive device due to the tendency of bouncing up and down fairly easily. Don’t get me wrong, it is very stiff and secure but the slight vibrations from the road can make this bounce quite a bit and could also affect the performance. Some users have even reported the unit opening in half and the general consensus is mounting it under the rear-view mirror with a special brace to avoid this. 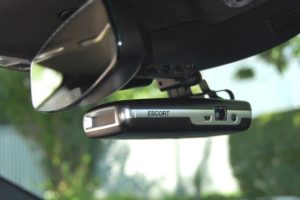 I took the effective cheap alternative and moved it closer to the dashboard for support from underneath. Escort has improved the latching mechanism with magnets instead of a clip, and that’s what my unit came with. Better, but not great. I am not sure why they had such a difficulty with this.

In a nutshell, this is a great device for those that take radar detection seriously and don’t mind the cost but beware of the mount issues. If you are planning to mount it under the rear-view mirror, then it shouldn’t be a problem for you.