16 years ago today at 6:00am, I was in line waiting for my very own Sega Dreamcast at Electronics Boutique. I could hardly contain my excitement when I got back home with it. I bought it with Soul Calibur and played it for months. What I wasn’t prepared for is that almost every game that they had at launch was GOOD and I couldn’t afford them all (a bad thing as a nineteen year old with rent). I always found a way to get the games I wanted though.

In my opinion, this was also the last console to have so many good and fun games from beginning to end. It also had online capabilities, a visual memory card and perfect arcade ports. It was relatively inexpensive, innovative and way ahead of its time. It was also short-lived. Oh boy but what a ride it was. As troubled as I was for Sega pulling the plug on it I was also happy to enjoy it much more than any other system I previously owned. Some games are still made for it 16 years later. I still own it and play with it.

Although many think of it as a flop by Sega they couldn’t be further from the truth. It was rather too little, too late for the company to recover from their previous failures and they decided to go the more profitable way while never making another home console again. They had thought they lost the war from the 90s and Sony won with their PS2 system.

We are reaching that point in time again of a new generation but this time something different is happening all across the map. Game developers are forgetting their roots, originality and they are endangering their business by pushing quantity for quality and confusing quality with cinematic graphics. Indie games are trying to fill in that gap and they have done so with moderate success but I think is not enough to avoid the same end that the disastrous console wars from the 90s brought to Sega.

This is where the retrogaming movement is taking place now by bringing all the systems of the 80s and 90s back home. Even the younger audiences prefer the old games to the new ones and the Dreamcast is once again in the shelf of retrogaming stores reminding us that the worst mistake you can make is the one you are unaware of.

This goes to Sony, Nintendo and Microsoft: Listen to your audience, us the gamers. It’s all about how much fun you can have with the game, and not how pretty it looks or what gimmicks you can add to increase your profits. Learn from the mistakes Sega made. We don’t want another console war, fishing poles or plastic guitars. We don’t want a game that looks so good that 80% of it is non-interactive.

We want simple, engaging and challenging games without plastic bats and rackets. We don’t need more funky controllers or motion sensors. Enough is enough, and we have the spoils of the 90s console wars to prove it.

And this last one is still thinking. 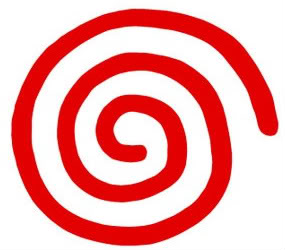